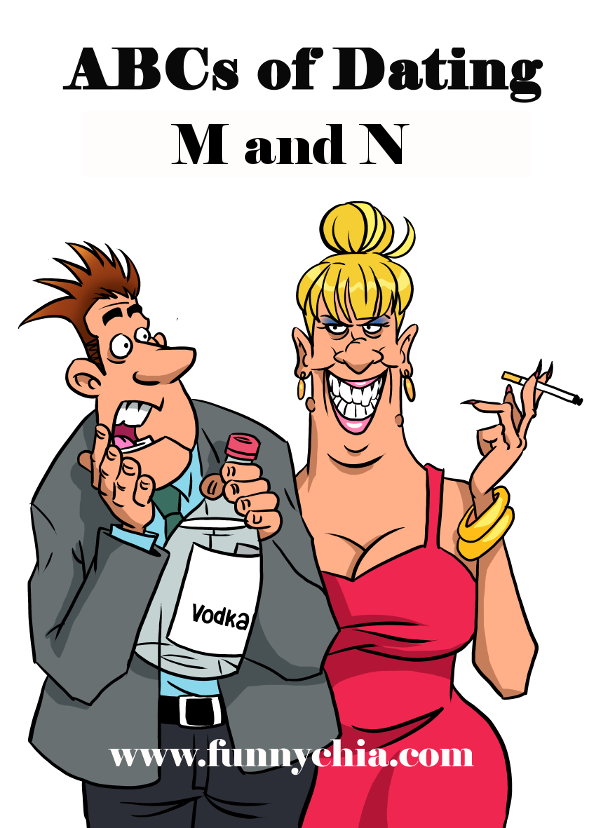 This is the fourth installment of this single woman’s 8-part ABCs of Dating series.  Enjoy!

A single woman's response to the meme: Ladies, God will never send you another woman's husband as your Mr. Right. Click To Tweet

M for Married Men and a Certain Meme

I occasionally see a meme on Facebook proclaiming, “Ladies, God will never send you another woman’s husband as your Mr. Right,” or something like that.  I am a single woman, and I have been propositioned by married men – two, to be precise.  Both call themselves Christians, which I point out because both claim to believe in the moral code of the Ten Commandments, including the sixth commandment, which clearly forbids adultery.  Adultery is impermissible not only for religious reasons, but it also goes against social customs.  People who are not religious generally frown on adultery as well.

Whenever I see this meme, I wonder what the poster is thinking. In my newsfeed, it has only been men who posted this.  Do they know someone in this situation?  And if they do, why are they warning the women?  Why aren’t they saying something to the married men?  Or is this the shotgun method* – are they posting in the hopes that someone in this situation will see it and come to her senses?

*Explanation of “shotgun method”:  a shotgun shoots a series of small spherical pellets that spread when they leave the shotgun’s barrel, so the shooter can aim generally rather than precisely in order for the pellets to hit a target.  In theory, if you shoot into a crowd of people, someone will be hit.  In this instance, someone is aiming the meme at their crowd of friends in the hopes that someone will find meaning in the post.

Regardless of their thought process, the issue of us single women being with married men is very real.  In both instances I encountered, the men had high-paying jobs and their wives were busy stay-at-home moms with several children and spent their time acting as chauffeur, cook, teacher, etc.  At the end of the day, they just didn’t have any energy left to have quality time with their spouse.  And that is the reason the men gave for looking outside their marriages for attention.

Another time infidelity appeared in my sphere, the issue was different.  The issue was not something the wife could control.  She was doing everything she was supposed to do, but her husband’s head was turned by a co-worker and they had an affair for a few months.  When he took his mistress and her children on vacation during the holidays, he realized he was cheating his own family of his time and attention (and financial resources), so he came to his senses and returned to his wife.  He was also a Christian.  (If you’re keeping track, all three instances of cheaters referred to are medical doctors.  Perhaps they confused the Hippocratic oath — “first do no harm” — with hypocrisy and made an oath to be hypocrites.)

I understand why a single woman could see adultery as a viable option.  I have been single for a very long time.  It is frustrating trying to find a good man that fits my criteria.  The qualities, characteristics and demographics of my Mr. Right are sometimes right there in a married man.  I can see how settling for Mr. Right Now is preferable to more dates with men who aren’t a good fit or fruitlessly searching online dating ads.  The process of dating and finding Mr. Right is really discouraging.  However, a relationship with Mr. Right Now can easily lead to more heartache, since he is legally and morally tied to another woman.

Advice to the Married Men:

If you’re a married man, I cannot say this emphatically enough:  STAY AWAY FROM THE SINGLE WOMEN!  If you meet a single woman who describes her Mr. Right to you, and you realize you fit the description, also realize this:  she is NOT looking for you.  Seriously, it is insulting to expect a single woman to accept your scraps.  She is worthy of her own relationship, and she should not have to settle for whatever you can spare after taking care of yourself and your family.  Do you know someone, like a co-worker, who is single and also looking for a good, single woman?  Perhaps you should introduce them.  But if you are married, she is NOT looking for you.

advice to the married women:

If you’re a married woman and concerned about your husband straying, make sure you are giving him the attention he needs both in and out of the bedroom.  Still, please remember you cannot control your husband’s thoughts and actions.  You can only control yourself.

If your husband is in fact cheating, maybe you should ask him directly why he is treating you dishonorably, and also why he is treating his playmate with dishonor as well.  His actions affect your marriage and they also indicate a lack of concern for his adulterous partner’s reputation and well-being.

My advice is first to seek counseling, either for both of you or even just you.  It is important to get help for yourself.  When you are on an airplane listening to the pre-flight instructions, you are instructed that if there is an emergency situation where the oxygen masks come down, you must first put an oxygen mask on yourself, and then assist your children in affixing masks of their own.  The reason behind this is that if you can’t breathe, you cannot assist your children.  The same logic applies to counseling.  If your husband is unwilling to attend counseling with you, then you should go for yourself and care for your own emotional and mental well-being.

Second, seek advice from friends.  It is tricky to do this while maintaining discretion yet still getting the answers you seek.  It might be easiest to simply say you are working on your marriage, and you will likely receive general advice and book recommendations, or maybe even names of counselors or divorce attorneys, depending on your friends.

advice for the single women:

If you are a single woman and tempted to have an affair with a married man, answer these questions:

Hopefully, if you are single, like me, you also have avoided affairs and you too get to roll your eyes in annoyance when someone posts the condescending meme.

Now is a good time for something light-hearted.  You may have seen this on television – both Sex and the City and How I Met Your Mother showcased this kind of thing.  Occasionally, a date will appear naked in the hopes the female will take pity on him and/or be so overwhelmed with lust at the sight of his naked flesh that she will rip off her own clothes and engage in sexual relations.

It happened to me.

Oh, the joy of figuring out a name that starts with N for this one.  I considered nitwit and nincompoop, but I’ll use Norton instead.

Norton and I had a pleasant date and I invited him into my home.  We had a good conversation, and he initiated a foot rub that was very pleasant and relaxing.  He went to the restroom, and when he came out, he was naked!

Norton was from a country in the Middle East, so there were certain cultural gaps and communication issues.  He had already expressed surprise that I lived alone with no parental chaperone, and he wondered if I was loose or immoral because American women are depraved.  Evidently, he decided to test his theory.

I covered my eyes with my hands, did my best to be outraged, and demanded he get dressed and leave my home.  It was really hard as I had to hold back my laughter at the situation.  Was I supposed to be overcome with lust when I saw he was naked?  This was another time I needed a bouncer.  I shared this story with a friend afterward, and any time either of us mentioned his name for several weeks, the result was lengthy bouts of laughter.  The situation still makes me laugh.

So nothing happened with Norton, and he expressed embarrassment the next time I saw him, and then he broke up with me via voicemail.  We were incompatible at a basic level, since he was an atheist who mocked all religions.

We worked at the same place, and when our employer pink-slipped a couple hundred people a few months later, myself included, he did care enough to call me and check on my well-being.