The full playlist is at the bottom of the post with appropriate links.

I have 1.5 tapes for 1994.  I labeled one “take two”, so I think another tape may have been chewed up by the machinery, a common issue with audio tapes.  Still, my musical world was expanded enough that I required two tapes for my playlist.  1994 encompassed the second semester of my freshman year and first semester of my sophomore year of college.

“I’d Do Anything for Love (But I Won’t Do That)” is first.  Meat Loaf’s hit frequently played in the background while I chatted with a friend or two in the dorm.  We puzzled over what “that” was that Meat Loaf wouldn’t do.  Those were the days before the Internet contained useful information, and you couldn’t simply Google the lyrics to figure it out.  We had to actually sit and listen to the music, which was difficult, since we’d much rather talk.  The energetic piano accompaniment and titular sentiment earned its place in my playlist.

White Heart appears next with “How Many Times (Seventy Times Seven).”  It’s about forgiveness and answers the question of seventy times seven.  Of course, the mathematical answer is 490.  In the New Testament of the Bible, Jesus answered the question of how many times must a person forgive another?  His answer was seventy times seven.  But the point was not that you should count each time until you get to 490, but that the number is so high because you are not supposed to count the amount of times you forgive someone.  You should continue to forgive, let things go, and move forward with your life.

Next up is DC Talk’s “I Don’t Want It.”  My friends performed this song in a lip-sync contest, which is how it appeared on my radar.  It’s a very blunt, honest song explaining the singers’ desire to wait for marriage.

Getting back to White Heart, “Fly Eagle Fly” is an easy-listening tune that encourages you to follow your dreams.

Geoff Moore and The Distance’s “Passionate Man” talks about a love for God that has grown cold and his longing to rekindle his faith.

Next up is “Rescue Me,” also by Geoff Moore & The Distance.  We all wish from time to time to be rescued.

We return again to White Heart with “Maybe Today.”  It’s the mystery that fascinates many Christians at one time or another – when will the Rapture happen?

Then, we have the only Michael W. Smith song on this playlist – “Kentucky Rose.”  It tells the story of a well-liked preacher.

This playlist wraps up early with Geoff Moore & The Distance’s query “Why Should the Devil Have All The Good Music?”  It expresses the desire to have music to dance to and enjoy, but it also echoes the thoughts of many – Christians can enjoy rock ‘n roll too, not just hymns.

Moving along to the second tape, I started with Air Supply’s “Making Love Out of Nothing At All.”  My roommates had boyfriends, so when they had to study apart, they played a lot of love songs, like Air Supply’s Greatest Hits.  I liked this one because it contains promises similar to Meat Loaf’s song.

The country influence comes in again with Garth Brooks’ “Shameless.”  It reminds me of when a professor proclaimed that women were temptresses.  It just made me laugh.

We come back to Meat Loaf’s “I’d Do Anything for Love (But I Won’t Do That).”  And yes, my friends and I did finally quiet down long enough to determine that the thing Meat Loaf wouldn’t do was cheat on his love.

Since my name is Sarah, throughout the ‘80s and ‘90s, people who learned my name would randomly start singing Starship’s “Sara” to me.  I finally heard the actual song, so of course it earned a spot on my playlist.

Garth Brooks’ “In Lonesome Dove” is a love story summarized in one song that covers a woman on a wagon train, who falls in love with a Texas Ranger, has a son, loses her husband, and then finally her Texas Ranger’s life is avenged.

The love song theme continues with normal soft rock from Heart, “Will You Be There?” and Janet Jackson’s “Again” from “Poetic Justice.”  The latter is about being reunited with an old friend only to discover she’s in love with him.  The indecision of being in a relationship was very familiar to me and my peers.

Next up is “All That She Wants” by Ace of Base.  I don’t remember being particularly fond of this song, but it may have worn me down because it was constantly on the radio.

Getting back to a couple of fun country hits, first we have “Don’t Take the Girl” by Tim McGraw, which is another story song.  It tells the story of a boy and girl who don’t like each other because they’re at that age, and then they grow up and things change.  I really do love those songs that tell stories.

The second country hit is “Chattahoochee” by Alan Jackson, which is a celebration of being unsure and young.

Mike & the Mechanics is next with “All I Need is a Miracle.”  This song won me over when “Days of Our Lives” celebrated an anniversary and its super-couples.  To my recollection, this song was used to showcase Bo and Hope Brady’s love.

DC Talk’s “Time Is….” closes out the first side of this tape as an ironic choice.  I needed a short song and I was literally running out of time on the tape!

DC Talk opens up the second side and brings us to the final third of this playlist.  “The Hard Way” discusses a familiar theme for young adults.  People tell you the answers to avoiding trouble and heartache, but a lot of times we need to make our own choices and learn things the hard way.

“American Honky-Tonk Bar Association,” also by Garth Brooks, is about the problems of normal working-class Americans and finding their people at the bar.  It’s reminiscent of the theme song from “Cheers,” “Where Everybody Knows Your Name.”

“Ain’t Goin’ Down (‘Til the Sun Comes Up),” another one by Garth Brooks, was on my favorites playlist for my night-owl tendencies and being an introvert, not at all partying.  In college, I stayed up late on weeknights and caught up on sleep on the weekends.  It worked for me – five nights of staying up late and then two nights of lengthier sleep uninterrupted by the need to attend morning classes.

“I Swear,” by All 4 One, is an earnest set of promises to always be there for his love.

Starship’s “Nothing’s Gonna Stop Us Now” was a hit years earlier and was the romantic theme song for “Mannequin.”  It’s the typical theme of love songs, which is, as long as we’re together, everything will work out.

The Newsboys’ hit “I’m Not Ashamed” was a strong anthem and relatable to teens.

I really loved The Newsboys’ version of “Turn Your Eyes Upon Jesus.”  Whenever we sang the hymn in church after I learned this version, I tried to sing it at the same tempo, but was surprised that the real hymn is faster than their version.

Peter Cetera’s “Glory of Love,” another older song, fascinated me.  I liked to consider the words and wonder what love story would match up with the lyrics.

Celine Dion’s “When I Fall in Love” wraps up the playlist.  It’s another good love song. 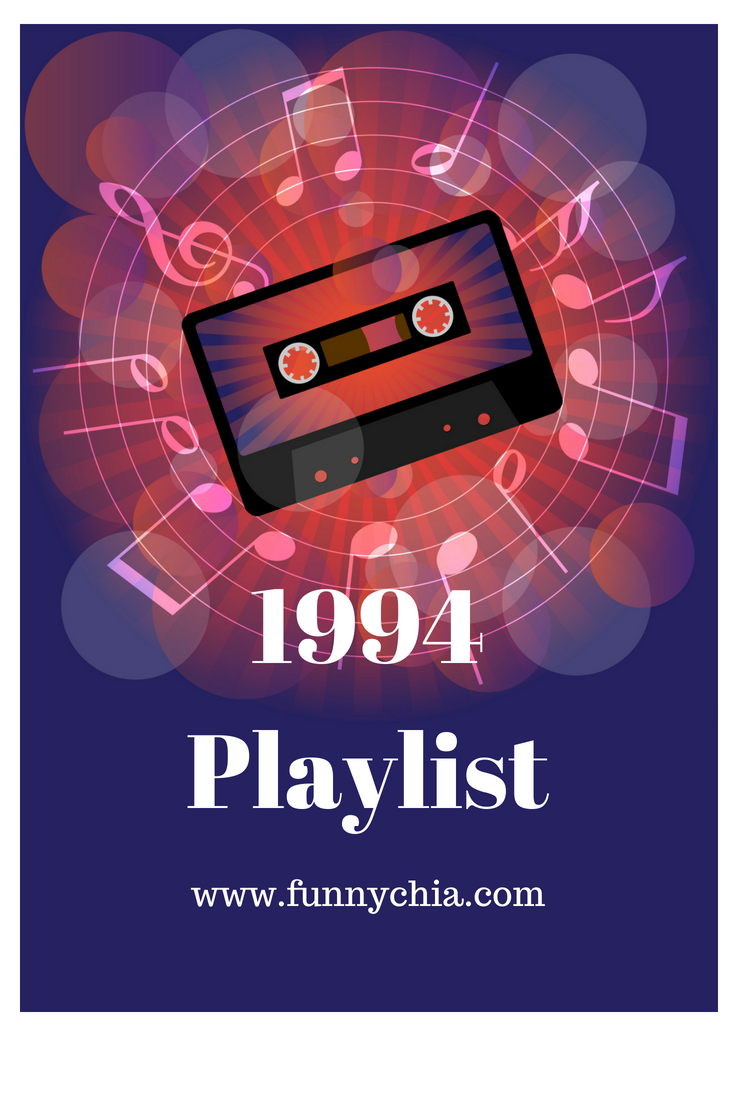