When I got near the end of my 1991 tape, I discovered I had more to start the next tape.  Once again, my tape starts off with a handful of Michael W. Smith songs.  “Pray for Me” was a partial song at the tail end of my 1991 tape, because I never liked having blank space at the end of my tapes.  But since it was partial, I had to put the full song as number one in my next volume.

“Pray for Me” discusses friends leaving each other due to moves or various other path choices.  That was always a theme that I dealt with – many friends came and went through the years.  The song lyrics said that although your friends leave, you still have things in common and you can still correspond.  Now, it’s even easier with so many social media options – so much easier than writing a letter and waiting for its transit time and cheaper than long-distance phone calls in the twentieth century.

Continuing with my Michael W. Smith theme, I have “Cross My Heart” and “Emily” from “Go West, Young Man.”  The soft-rock nature of the songs are really soothing and relaxing, perfect for calming teenage angst and my busy adult brain.  “Emily” includes lyrics about being alone with hopes and dreams of the future.  Their presence on my tape further prove my being a big fan of Smitty, Michael W. Smith’s nickname.

Next is an unknown artist by the name of Bryan Hitch.  He was from a group called The Hitches, which included him and his siblings.  They were a Christian group that I discovered when they performed at my church.  Later, he had a solo career and released his own album.  The title song was “More than Conquerors,” which is first and is based on Romans 8:31-39.

“The Nail,” also by Bryan Hitch, comes up next.  “The Nail” is especially poignant, as it describes someone who wants to be like his father.  I am unsure whether it is about us normal people striving for godly qualities and to be ultimately with God in heaven, or if it is supposed to be Jesus describing his desire to be with His Father.

Amy Grant comes next, with 3 songs from her “Heart in Motion” album.  “I Will Remember You” discusses once again the feelings when friends come and go, and how it feels to see them after a long time apart.

“How Can We See That Far” (Amy Grant) delves into marriage again.  It starts by painting a picture of a bride and groom on their wedding day.   How are they supposed to know what is ahead for them?  The chorus is full of metaphors about how many things can do destructive things but they can also do good things, like water can drown but also helps gardens and crops to flourish.  As a teenager wondering and hoping for the future, it made me question things and wonder how to be prepared for the future.

The last Amy Grant song of this group is “Hope Set High”, a more positive song that says that good things do happen.

Then, I have another song from Bryan Hitch, “Doer of the Word.”  It’s a catchy song from the same album and is really connected to “More than Conquerors” with the same theme of following God.

The Righteous Brothers’ “Unchained Melody” is next.  The movie “Ghost” came out a couple years earlier, and there was a very memorable love scene involving pottery-making, Demi Moore, and Patrick Swayze.  In college, a friend insisted on watching “Ghost” every weekend.  After a few times, it was definitely not my favorite movie.

Garth Brooks’ “Friends in Low Places” is a classic hit.  I still consider it a favorite, because of the timeless topics of regrets, snubs and moving forward despite the negativity.

The “Dallas” theme song ends side 1, probably because I needed a short piece to finish the side.  It’s a catchy tune, and I watched the show for the last few seasons of its run.

I was a fan of the hilarious movie “Wayne’s World”, and “Bohemian Rhapsody” by Queen became a favorite.  It’s a lot of fun to see a car full of men lip-syncing.  Here is the movie clip on Youtube.

Returning to the prayer topic, Garth Brooks’ “Unanswered Prayers” addresses an issue most people face.  Often you ask God for things, and the answer seems to be “no”.  Sometimes that’s for the best, even if you don’t know it at the time.  Best of all, the song tells a story.

It’s funny to listen to the next song, Carman’s “Radically Saved.” I think he sounds like Matthew McConaughey.  It’s possible it’s my stereo or my own ears.  Obviously, this was some time before Matthew McConaughey became popular – I wasn’t aware of him until I saw “A Time to Kill.”

My sister was always a fan of Petra, and I like a few of their songs, but this one got stuck in my head.  “Dance” includes the lyrical advice to dance with the one who brought you.

Another song that tells a story is Kenny Marks’ “White Dress.”  The story portrays a young girl whose parents divorce.  Marks describes the various dresses she wore for different events, including a birthday party, the day her dad left the family, her prom, and the day her father returned when she had her own baby.  The message is that it wasn’t her fault that her parents separated, which is a helpful message for kids of divorce, a circumstance that was less common back then.

Amy Grant has released three Christmas albums, one of which was released while I was in high school.  “Home for Christmas” offered up new songs for me to love.  I listened to my tapes all year, so I was selective in my choices.  “Mary’s Song” describes the journey the mother of Jesus took before giving birth.  When you realize that a pregnancy lasts nine months, it is relevant most of the year.

The second song from “Home for Christmas” on my 1992 playlist is “Grown Up Christmas List.” This was another favorite, because it didn’t strike me as a Christmas song so much as a list of what adults really do think about. A grown-up’s wish list includes no wars, healed hearts, friends for everyone, right always winning, and never-ending love.  Those are all good things to think about all year long.

Then we have the movie soundtrack portion of the tape.  Whitney Houston performed “I Will Always Love You” for the movie “The Bodyguard,” which also starred Kevin Costner.  He was very popular at the time, since he was also in “Dances With Wolves” and “Robin Hood: Prince of Thieves.”  He was my crush for a while.

One of my favorite Disney movies is “Beauty and the Beast” and the title song by Celine Dion and Peabo Bryson.  It also introduced me to Celine Dion’s work, and we’ll see more of it in later playlists.

The next super-popular Disney movie, “Aladdin,” spawned another musical hit in “A Whole New World,” performed by Peabo Bryson and Regina Belle.  Of course, the song made it onto my tape.

Finally, we have Mylon LeFevre’s “Closer than a Friend.”  The song talks about keeping God’s teachings closer than a friend.  At the very end, Michael W. Smith joins in with some background vocals, which is probably the real reason the song made it to my tape.  It only fit partially onto the second side of my tape, so it will be the first song on my next tape as well.

So again, My Favorite Songs 1992 begins and ends with Michael W. Smith. 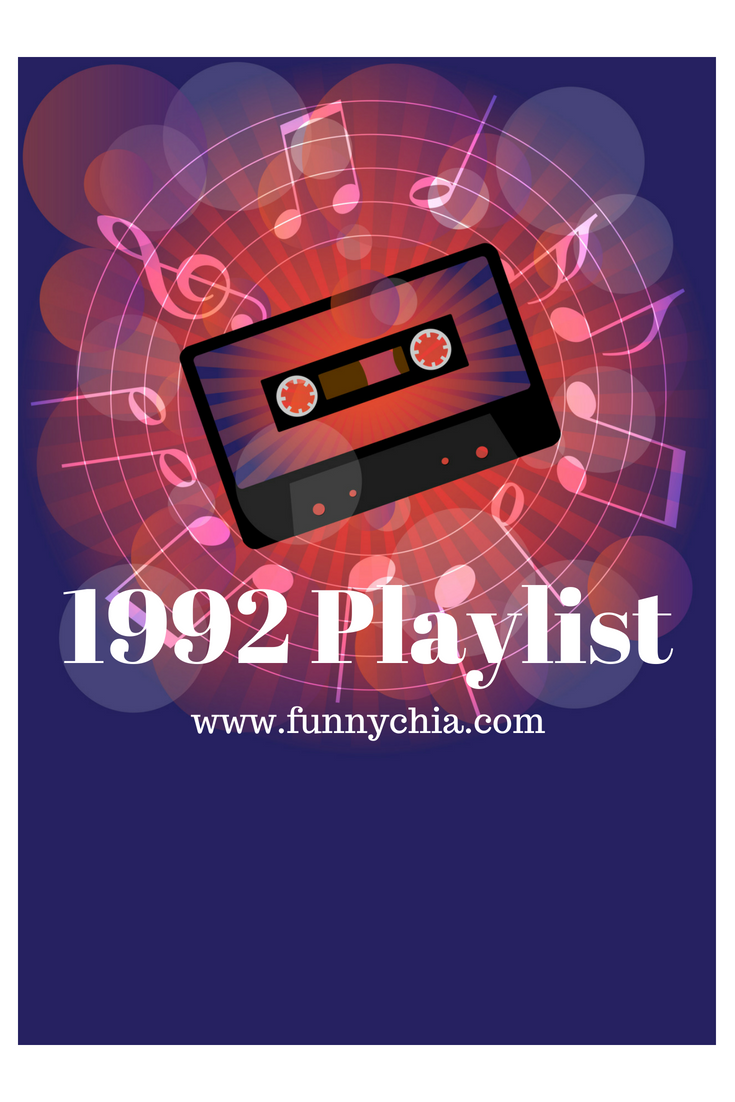